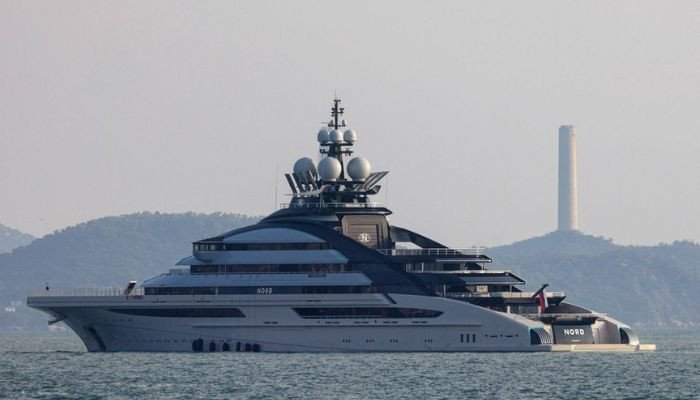 Hong Kong leader John Lee said on Tuesday there was “no legal basis” for the city to act on Western sanctions, when asked about a Russian yacht berthed in the financial centre that belongs to a sanctioned Russian oligarch.

Hong Kong authorities were criticised by the US State Department for allowing a luxury yacht belonging to sanctioned Russian oligarch Alexey Mordashov to dock in Hong Kong waters last week.

The US State Department said the use of Hong Kong by individuals evading sanctions from multiple jurisdictions could carry reputational risks and call into question the “transparency” of the financial hub’s business environment.

Hong Kong’s leader John Lee, however, who himself has been sanctioned by the United States for his role in clamping down on local freedoms, said Hong Kong wouldn’t act on unilateral sanctions imposed on Mordashov by individual jurisdictions.

“We cannot do anything that has no legal basis,” Lee told reporters.

Instead, Lee said Hong Kong would only abide by United Nations sanctions.

Mordashov, a billionaire close to President Vladimir Putin, was among a number of Russian oligarchs sanctioned by the European Union and the United States — but not the United Nations — after Russia’s invasion of Ukraine for their links to Putin.

While a number of Russian superyachts have been seized or denied entry in Europe and other jurisdictions, the 465 foot (141-meter) Nord could be seen docked prominently in waters west of Hong Kong’s iconic Victoria Harbour. It is valued at over $500 million.

Lee, who is due to host an international investment summit in November with top global business leaders, also criticised sanctions imposed by the United States on Hong Kong officials for their role in curbing Hong Kong’s freedoms under a China-imposed security law.