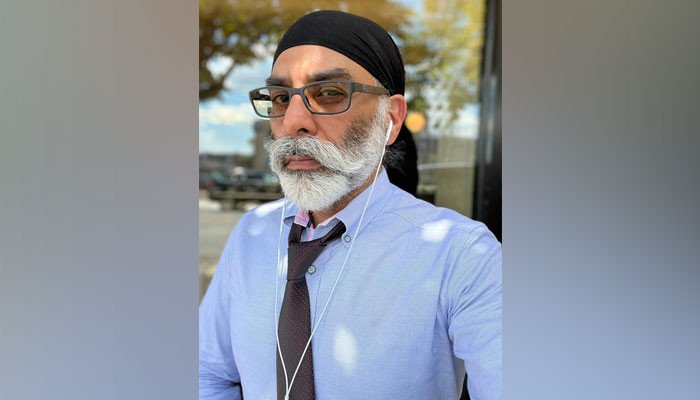 In a glaring example of resorting to the use of mercenaries to eliminate political dissent, a Twitter user by the name of Santosh Gavaskar urged India’s National Security Advisor (NSA) Ajit Doval to “finish” off Pannun.

Pannun is the General Counsel of SFJ and is spearheading the global Khalistan Referendum campaign which has attracted tens of thousands of Sikhs to Khalistan’s cause.

The calls to kill the Khalistani leader were made hours after the news was broken in Indian and Pakistani media that Interpol has rejected the Indian Red Notice request for Pannun. Interpol informed India that they did not provide any evidence to show that the New York attorney was involved in any kind of terrorism or violence.

Calls to kill were made by several Hindutva-linked accounts.

“Sir, don’t you think India should stop requesting/begging others to take action against people who are waging war against us? Hope some Indian leader develops the spine to use the Israeli model of eliminating its enemies,” said Twitter user Vijay Kumar Jai Shri Ram.

Another user responded to the defence analyst’s tweet saying: “Interpol is useless. If at all we are serious, we should behave like Mossad and carry out targeted assassinations.”

Responding to the assassination suggestions, Mahalingam asked the user whether he was suggesting cross-border assassination.

“I am not with this idea? Do you think what Israel is doing is right? Targeting individuals beyond its borders without any logic,” said the official.

Separately, a user named Moses advised the Indian govt to “activate” its “apparatus” and stop reaching out to Interpol.

The Hindutva supporters called for the Pannun’s assassination after India suffered a major setback when Interpol rejected its request to issue a Red Notice on terror charges.

India had requested Interpol to locate and detain Pannun until his extradition and surrender to India.

A red notice is an international document issued by Interpol against wanted persons, requesting law enforcement agencies around the world to trace the person and take him in custody.

The Interpol acknowledged that Pannun is a “high-profile Sikh separatist” and that SFJ is a group that calls for an independent Khalistan.

In its decision, Interpol also rejected India’s allegation that Pannun and SFJ are “exploiting the right to free speech available in the western democracies to its citizens”.