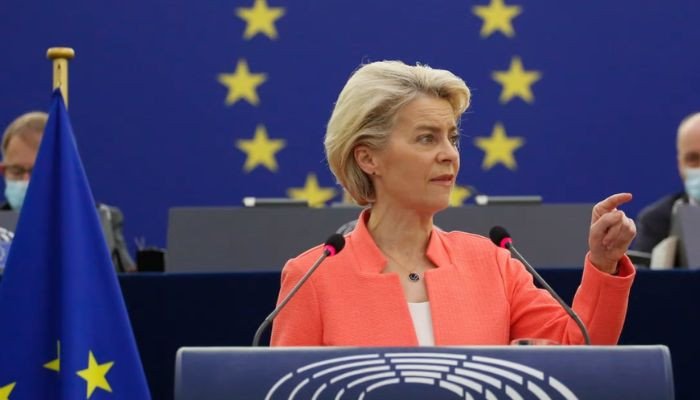 BRUSSELS: The European Union said Wednesday it will ban products made from forced labour as China faces rising criticism that the Uyghur people in the Xinjiang region are being forced into slave labour.

The plan by Brussels does not specifically mention China, but will instead focus on all products made from forced labour — including those made within the bloc.

“This proposal will make a real difference in tackling modern-day slavery, which affects millions of people around the globe,” said the EU’s trade commissioner, Valdis Dombrovskis.

“Our aim is to eliminate all products made with forced labour from the EU market, irrespective of where they have been made,” he added.

The proposal will require ratification by EU member states and the European Parliament before entering into force two years later.

The idea differs from an explicit ban by the United States on imports from Xinjiang that presumes products from the region involve forced labour and are therefore stopped at the border unless businesses can prove otherwise.

Still, the EU proposal risks eliciting a strong reaction from Beijing if seen as linked to allegations of rights violations against Uyghurs and other Muslim minorities in the far-western region.

Xinjiang is one of the world’s largest producers of cotton and a key supplier of materials for solar panels.

The EU plan will allow national customs authorities to launch investigations on products “for which there are well-founded suspicions that they have been made with forced labour”, a statement said.

Investigators will be empowered to carry out checks and inspections, including in countries outside the European Union.

China has been accused for years of detaining more than one million Uyghurs and other Muslims in the region. Beijing insists it is running vocational centres designed to curb extremism.

The Chinese government has condemned the report by the Office of the UN High Commissioner for Human Rights as the work of a “thug and accomplice of the US and the West”.

Another recent study by the UN’s agencies for labour and migration along with the Walk Free Foundation found that at the end of last year, 28 million people around the world were in forced labour.