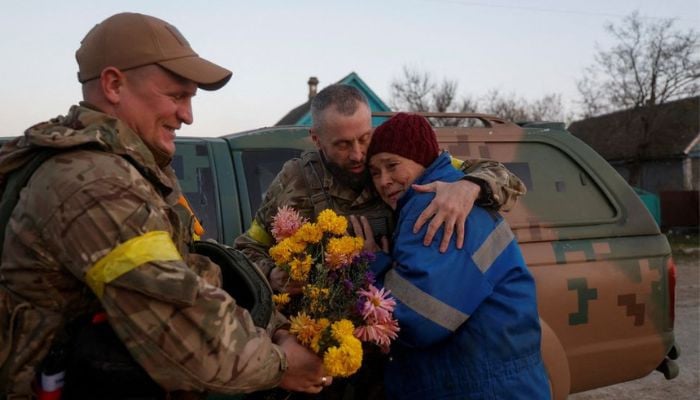 Zelenskiy described as hellish battles in the eastern region of Donetsk, where pro-Moscow forces were putting up a much stiffer fight after Russia abandoned on Friday the only regional capital it had captured since the war began in February.

Jubilant residents of Kherson welcomed arriving troops while Zelenskiy said authorities, in their efforts to stabilise the region, had dealt with nearly 2,000 mines, trip-wires and unexploded shells left by the departing Russians.

Russians “everywhere have the same goal: to humiliate people as much as possible. But we will restore everything, believe me,” Zelenskiy said in a video address on Saturday.

“Before fleeing from Kherson, the occupiers destroyed all the critical infrastructure: communications, water, heat, electricity.”

Ukraine’s success in Kherson, where its troops now control more than 60 regional settlements, as well as in other places, benefited partly from resistance in the Donetsk region, despite repeated Russian attacks, Zelenskiy added.

“There it is just hell — there are extremely fierce battles there every day,” he said. “But our units are defending bravely — they are withstanding the terrible pressure of the invaders, preserving our defence lines.”

In a telephone call, Russian President Vladimir Putin and Iranian President Ebrahim Raisi emphasised “further enhancing cooperation in the political, trade and economic fields, including the transport and logistics sector,” the Kremlin said on Saturday.

Russia has stepped up efforts to build ties with Iran and other non-Western countries during the war, with a senior Russian security official having met Iranian leaders in Tehran on Wednesday.

The visit followed accusations by Ukraine and the West that Russia has used Iranian drones to target Ukraine’s energy infrastructure.

But Ukraine will decide on the timing and contents of any negotiation framework with Russia, according to the readout of a Saturday meeting between U.S. Secretary of State Antony Blinken and Ukrainian Foreign Minister Dmytro Kuleba in Phnom Penh.

The Washington Post reported a week ago that the Biden administration was privately encouraging Ukraine’s leaders to signal an openness to negotiate with Russia and drop their public refusal to engage in peace talks unless Putin was removed from power.

Moscow calls its action in Ukraine a “special military operation” aimed at demilitarizing and “denazifying” its smaller neighbour. Kyiv and its allies say Russia’s invasion, which has killed tens of thousands and uprooted millions, was unprovoked and illegal.

On the road to Kherson, villagers holding flowers waited on Saturday to greet and kiss Ukrainian soldiers as they poured in to secure control of the right bank of the Dnipro River after the stunning Russian retreat.

“We’ve become 20 years younger in the last two days,” said Valentyna Buhailova, 61, just before a Ukrainian soldier jumped out of a small truck and hugged her and her companion Nataliya Porkhunuk, 66, in a hamlet near the centre of Kherson.

But volleys of artillery fire surrounded the international airport, and police said they were setting up checkpoints in and around the city and sweeping for mines left behind.

The mayor said the humanitarian situation was “severe” because of a lack of water, medicine and bread, as residents celebrated their liberation in what Zelenskiy called a “historic day”.

“The city has a critical shortage, mainly of water,” Mayor Roman Holovnia told television. “There is currently not enough medicine, not enough bread because it can’t be baked: there is no electricity.”

Renowned graffiti artist Banksy unveiled on Instagram a mural of a girl gymnast performing a handstand on a small pile of concrete rubble in the Ukrainian town of Borodyanka, which had been occupied by Russia until April and heavily damaged in the early days of fighting.

“This is such a historic moment for our country that people like Banksy and other famous figures are coming here and showing the world what Russia has done to us,” said Alina Mazur, 31, who drove 60 km (40 miles) from Kyiv, the capital, for a glimpse.

But the road to Kherson from Mykolaiv was lined by fields scarred by miles of abandoned Russian trenches. A destroyed T72 tank lay with its turret tossed upside down.

The abandoned trenches were littered with refuse, blankets and camouflage netting. An irrigation ditch was filled with discarded Russian gear and several anti-tank mines were visible on the side of road.

People in the village of Kiselivka said the Russians left on Wednesday night.

“They didn’t fire any shots,” said Hyhory Kulyaka, 54, who drove up on a scooter. “They were just gone.” 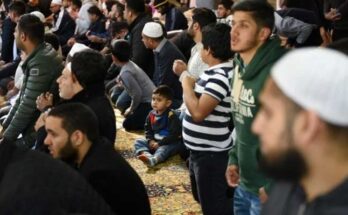 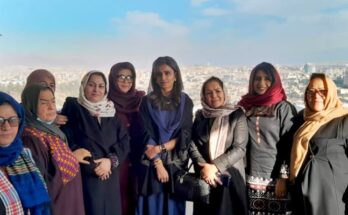 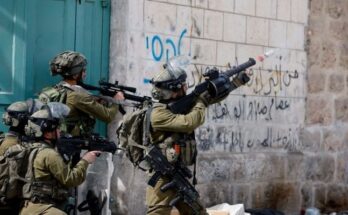