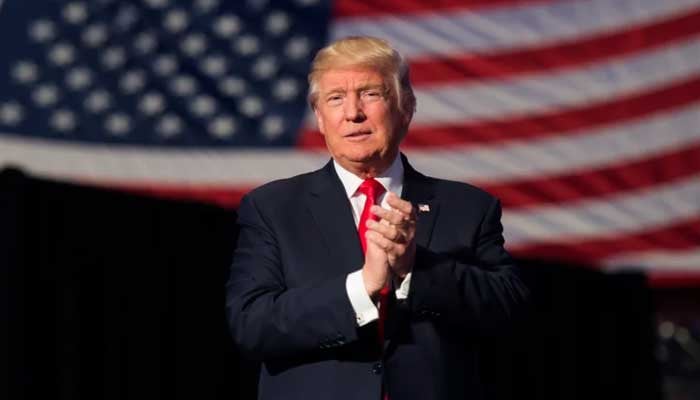 WASHINGTON: Former US president Donald Trump is expected to launch another White House bid Tuesday, even as another one of his fellow election deniers lost a key race in last week’s midterms.

The 76-year-old billionaire, whose 2016 win shocked America and the world, has summoned the press to his Florida mansion for a “very big announcement” at 9:00 pm Tuesday (02:00 GMT Wednesday).

Known for his unpredictability, Trump could still change his mind at the last minute, but for months he has barely hidden his desire to vie for the presidency again in 2024.

And delaying the announcement now, as some of his advisers have reportedly suggested to him, would be awkward considering Trump’s repeated boast about the momentousness of his Tuesday address.

“Hopefully TODAY will turn out to be one of the most important days in the history of our Country!” Trump posted overnight on his Truth Social platform.

But in a new sign that Trump and his hardcore followers do not lead the electoral juggernaut they once did, one of Trump’s staunchest supporters, the election denier and establishment skeptic Kari Lake, was projected to lose her race to be governor of Arizona.

The results have emboldened Trump’s Republican detractors and sapped most of his political momentum heading into the expected Tuesday campaign launch.

In 2016, Trump and the Republicans swept into power, taking control of the White House and maintaining their majorities in both chambers of Congress.

But Democrats won back the House of Representatives in a 2018 landslide after campaigning largely against Trump’s caustic style.

They completed their trifecta of US political power by taking the Senate and the White House in 2020.

President Joe Biden, whose victory Trump has refused to acknowledge, recently revealed he is planning to run for a second term, although he said he will make a final decision next year.

Trump departed Washington in chaos two weeks after his partisans stormed the US Capitol, but he chose to remain in the political arena, continuing to fundraise and hold rallies around the country.

Leading up to last week’s midterm vote, in which Biden’s Democrats had been expected to lose handily, Trump made denial of the 2020 election results a key litmus test for candidates to win his influential political endorsement.

But the predicted Republican “red wave” failed to materialize, and Democrats will maintain their control of the Senate.

In the still-undecided House, Republicans seem likely to eke out only a razor-thin majority.

Trump’s once-loyal wingman, former vice president Mike Pence, offered potent criticism late Monday, telling ABC News that Trump was “reckless” on the day of the January 6, 2021 insurrection at the US Capitol and that he had told the president they had no authority to unilaterally block certification of the election, as Trump sought.

But Pence declined to say directly whether Trump should be president again. “That’s up to the American people, but I think we´ll have better choices in the future,” he said in the interview.

Part of the conservative world has already turned to another possible White House contender who, like Trump, is a resident of Florida: Governor Ron DeSantis.

The 44-year-old rising star of the hard right has emerged in strong form after his resounding re-election victory in the southeastern state and appears poised to challenge the former president.

Tuesday’s announcement is widely seen as a way for Trump to take the wind out of the sails of potential rivals, including DeSantis and Pence, who is publishing his memoir on the same day.

For the moment, Trump retains an undeniable popularity with his base, a tide of die-hard fans in red baseball caps who continue to flock to his rallies.

Most polls likewise give him the lead in a hypothetical Republican primary — despite being impeached twice by the House of Representatives and facing discontent from corners of the Republican Party.

His White House pursuit will be hampered too by multiple investigations into his conduct before, during and after his first term as president — which could ultimately result in his disqualification.

Those include allegations of fraud by his family business, his role in last year’s US Capitol attack and his handling of classified documents at Mar-a-Lago, his private Florida mansion, which was searched by the FBI in August.