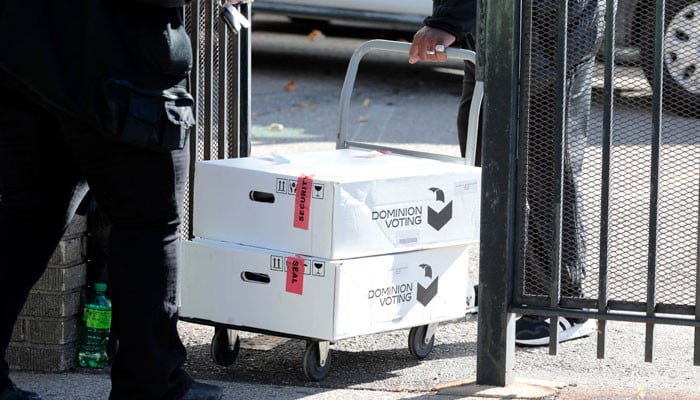 WASHINGTON: A sharply polarized United States on Tuesday braced for a tense night of election results and legal challenges ahead as control of Congress and the future of President Joe Biden´s agenda stood in the balance.

A Republican victory could pave the way for a White House comeback bid by Donald Trump — who returned to his playbook of airing unsubstantiated claims of fraud, after a campaign fought largely over economic issues.

Biden, whose Democrats face a steep climb to hang on to the House of Representatives and Senate, has warned that Republicans pose a dire threat to democracy with more than half their candidates repeating Trump´s debunked claims of cheating in the 2020 election.

With razor-thin margins in key races, a full picture may not be available for days or even weeks.

In Arizona, expected to be one of the closest states, Republicans filed a lawsuit to keep polls open after problems with ballot machines in the most populous county of Maricopa, although officials said no one was being prevented from voting.

“I hope it´s not malice,” said Kari Lake, the Trump-backed candidate for governor. “When we win, there´s going to be a come-to-Jesus for elections in Arizona.”

In his final pitch, Biden vowed that the Democrats would defend pensions, health care and the freedom to have an abortion, after a Supreme Court transformed by Trump rescinded the right to choose.

“It´s all on the ballot. This election is too important to sit out,” Biden tweeted in a last-minute bid to drive voters to the polls.

But the president´s party has traditionally lost seats in midterm elections and Biden´s favorability ratings are hovering in the low 40s, with Republicans hitting him hard over stubbornly high inflation as well as crime.

Among early projections by US networks, rising Republican star Ron DeSantis won a second term as Florida governor. He is seen as one of few who could challenge Trump for the 2024 nomination after making a name with tough talk against Covid mitigation measures and transgender rights.

One voter in Florida is Trump himself, who went to the polls teasing an expected announcement next week of a presidential run, telling reporters that November 15 “will be a very exciting day for a lot of people.”

All eyes will be on a handful of closely fought Senate races including in Georgia, Pennsylvania, Nevada, Arizona, Wisconsin and Ohio, with a single seat enough to swing control of the Senate — now evenly divided and controlled by Democrats only through the tie-breaking vote of Vice President Kamala Harris.

The outcome may also determine whether Biden, who turns 80 this month and is the oldest president ever, will seek a second term in 2024.

The bitter political divide in the country was on the minds of many voters as they cast their ballots.

“Some of the candidates who have been up for office recently are into mudslinging and negative campaigns,” said Quonn Bernard, a 39-year-old software engineer in Union City, an Atlanta suburb. “I just don´t want those people representing me.”

Voting in Phoenix, Arizona, Kenneth Bellows, a 32-year-old law student, said runaway inflation is “hurting Americans who are just trying to get by.”

Biden has said he believed Democrats would hold the Senate but it would be “tough” to retain the House and his life may become “more difficult.”

If both the House and Senate flip, Biden´s legislative agenda would be paralyzed as Republicans launch aggressive investigations and oppose his spending plans.

That would raise questions over everything from climate policies, which the president will be laying out at the COP27 conference in Egypt this week, to Ukraine, where some Republicans are reluctant to maintain the current rate of US military support.

Despite facing criminal probes over taking top secret documents from the White House and trying to overturn the 2020 election, Trump has used the midterms to cement his status as the de facto Republican leader.

The 76-year-old Trump immediately began casting doubts on the midterm vote through his Truth Social platform on Tuesday, pointing to problems with voting machines in Arizona.

“Same thing is happening with Voter Fraud as happened in 2020???”

Officials in Maricopa County, which includes Phoenix, said about 20 percent of the 223 polling stations there were experiencing difficulties but it would not affect the probity of the vote.

The campaign was marred by scattered violence with an intruder espousing far-right beliefs breaking into the San Francisco home of House Speaker Nancy Pelosi and bludgeoning her husband with a hammer.

Pelosi, who was the highest-ranking woman in US history at the time she first became speaker in 2007, said the Democrats hoped to prevail but would accept any election outcome.

Election Day is “a day where the sanctity of the vote is revered, where people vote, and we have to respect the results of that,” Pelosi told the PBS Newshour. 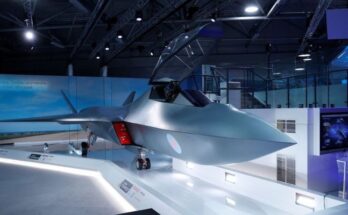 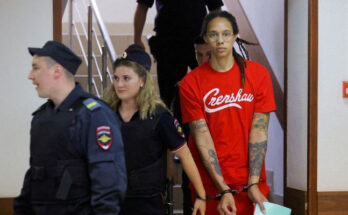 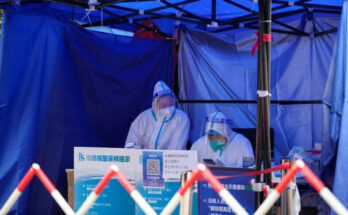