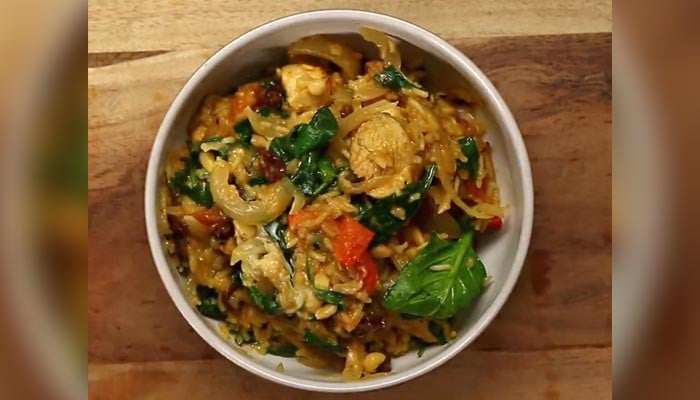 Desi Twitter has lost its cool after seeing a recipe for Chicken Korma, posted by Tasty UK — a page that posts recipes for dishes from all over the world.

The UK has its own version of the recipe for the dish, which is famous in both Pakistan and India.

The recipe starts with adding sliced onions to a pan followed by chicken breasts and rice — that has no connection to the dish.

The recipe keeps getting interesting as the person adds raisins, pine nuts and spinach.

Take a look at the video:

See what people have to say about it:

One of the users expressed his anger by saying: “Even after colonising us you can’t cook out food.”

One of them was ready to throw hands.

Meanwhile, another one called it an “atrocity”.

Some of them took a jibe at the recipe maker.

One of them called it “blasphemy”.