Deadliest winter storms of recent decades in US 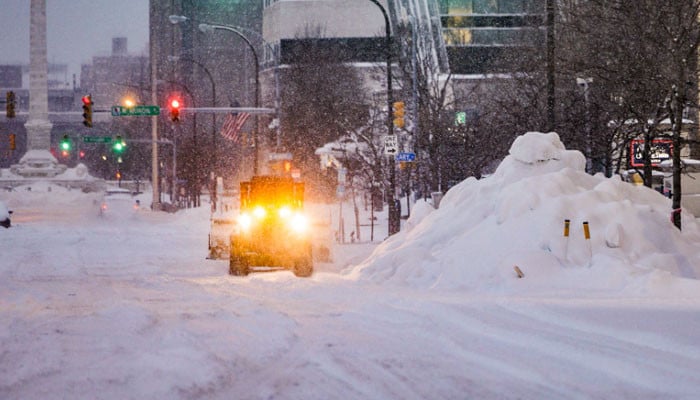 WASHINGTON: Winter storm this year in the United States is one of the deadliest in the country in the past three decades.

The storm has left much of the eastern United States in a deep freeze and killed nearly 50 people.

The nationwide toll of deaths related to the days-long storm has so far risen to 47 people across nine states, with at least 25 perishing in western New York’s Erie County.

Here are some previous winter storms and cold snaps since 1993.

A deadly cold snap hit Canada, the US and Mexico from February 13-19, paralyzing parts of the southern and central United States and claiming more than 70 lives, media reports said.

It also left millions of Americans struggling without electricity.

Across the southern border in Mexico six people died.

It was blamed for at least 33 deaths as it slammed much of the coast.

Some 27 inches (67 centimeters) of snow fell in New York´s Central Park, the second-highest accumulation since records began in 1869. In Washington, Dulles International Airport was buried under 22 inches of snow in 24 hours.

A cold snap accompanied by ice and snow left 42 dead in mid-January, most of them dying in traffic accidents on slick roads in Oklahoma, Texas, Missouri, Iowa, Michigan, New York and Maine.

A big Eastern Seaboard snowstorm from January 7-9 left dozens dead, most of them in road accidents. It was dubbed “Blizzard 1996” by the press.

It was followed days later by another storm, and then by flooding.

The blizzard caused 154 deaths, directly or indirectly, according to the US National Weather Service (NWS).

On March 13-14, what was dubbed the “Storm of the Century” dumped record snowfalls up and down the US East Coast, leaving 270 dead, according to the NWS.

Most of the deaths came in the states of Pennsylvania, Florida, New York, North Carolina, and even Alabama in the Deep South.

In addition, five people died in Canada, three in Cuba and five in international waters off Florida.

The latter state recorded 50 tornadoes, 30-foot waves off the coast, and four feet of snow in some areas.

Two cargo ships and their crews were lost: a Liberian-flagged ship with 32 on board off the east coast of Canada and a Honduran vessel with 16 crew members off Florida.

Many of the storm’s casualties, mostly elderly, were killed by the biting cold; some suffered heart attacks while shoveling snow or clearing ice.