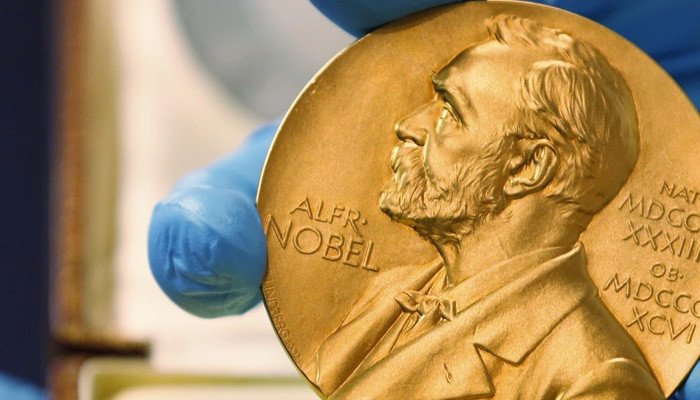 The Nobel Literature Prize will be announced on Thursday, with speculation in literary circles split over whether it will go to an overdue bestselling author or a relative unknown lifted into the spotlight.

The Swedish Academy will reveal its pick at 16:00 PST (1100 GMT) in Stockholm. Last year, the prestigious award went to British-Tanzanian author Abdulrazak Gurnah. American poet Louise Gluck won it the year before.

Literary critics and Nobel watchers are split into two camps this year.

There are those who see the Academy’s past choices as confirmation that it sees no need to crown renowned authors, especially those who already sell millions of books.

And then there are those who think it could be time to award a writer known and loved the world over.

The 18-member Swedish Academy is still recovering from a 2017-2018 #MeToo scandal that left it in tatters, and its controversial awarding of the 2019 Nobel to Austrian novelist Peter Handke.

Famed — and lambasted — for its male Eurocentric Nobel picks, the revamped Academy has since gone on to award an American woman and a man born in Zanzibar whose work focuses on the plight of refugees and exile, colonialism and racism.

The jury has repeatedly maintained that its prize is neither political nor subject to gender or ethnic quotas, and insists that its only criteria is the quality of a writer’s body of work.

Nonetheless, “the Academy is now very conscious of its reputation when it comes to diversity and gender representation, in a totally different way than they were before the 2017-2018 scandal”, Bjorn Wiman, culture editor at Sweden’s newspaper of reference Dagens Nyheter, told AFP.

“I think we can expect a more well-known name this year, after last year’s surprise,” he said.

If the Academy were to lean that way, the prize could go to public favourites Haruki Murakami of Japan, Joyce Carol Oates and Cormac McCarthy of the US and Canada’s Margaret Atwood, who have all been mentioned in Nobel speculation for years.

But after two well-received laureates, the Academy could also venture for a more polemic pick this time, with France’s Michel Houellebecq — known for controversial remarks on Islam, among others — topping some betting sites this year.

Canada’s Anne Carson was also a favourite with bookies, along with Salman Rushdie, the controversial British author of “The Satanic Verses” who was the victim of an attempted murder attack in August.

Another political choice, in the context of the war in Ukraine, would be Russian novelist Lyudmila Ulitskaya, exiled in Berlin and a fierce critic of President Vladimir Putin.

Asia has not had a Nobel winner since China’s Mo Yan 10 years ago.

Giving the prize to Yan Lianke — an acerbic observer of Chinese society who’s had some of his works banned in China — would anger Beijing, and the same goes for Lao Yiwu, known by his pen name Lao Wei and considered the “Chinese Solzhenitsyn”.

Their compatriot Can Xue is also considered worthy of the distinction.

Big Western countries top the list of Nobel Literature laureates — France leads the rankings with 15 — while giant nations like China and India have only one each.

Indian poet and novelist Vikram Seth is seen as a possible laureate.

The Swedish Academy was long plagued by suspected leaks, but is known for cloak-and-dagger methods to try to keep its musings and preparatory Nobel work under wraps.

Its deliberations are also sealed for 50 years.

It is known to have a long list that is whittled down throughout the year to a short list of five names, before the 18 members vote on a winner.

After Thursday’s announcement, the Nobel season continues Friday with the highly-anticipated Peace Prize, the only Nobel announced in Oslo.

Punters have suggested this year’s prize could sound the alarm over the war in Ukraine or the climate.

The Economics Prize wraps things up on Monday, October 10.