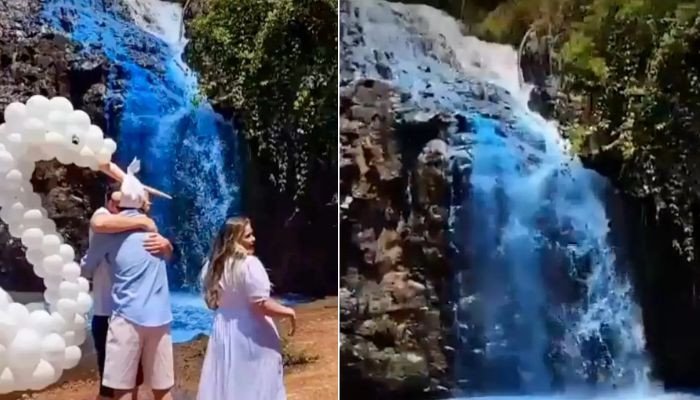 A Brazillian couple got into trouble after adding a blue dye to a local waterfall to reveal the gender of their unborn child.

The couple arranged a gender reveal party in Mato Grasso, Brazil, near the waterfall and even posted images of the celebrations on the internet.

As the pictures went viral, the local government began investigating the matter and the New York Post believes the parents-to-be could get charged with an environmental offence.

The couple, which remains unidentified, reportedly deleted all the pictures and videos from the social media platforms.

In the pictures, the 18-metre-high Queima-Pe River waterfall could be seen. The waterfall, which is a popular tourist destination, was dyed bright blue.

Local residents said that the area had recently suffered a drought and the water would remain contaminated for some time now.

Social media users have called the couple out saying they should be fined.

“Congratulations… you will be the parents of a beautiful environmental crime,” the Post quoted a Reddit user.