Conflicts, raid and martyrdom: Palestine in 2022 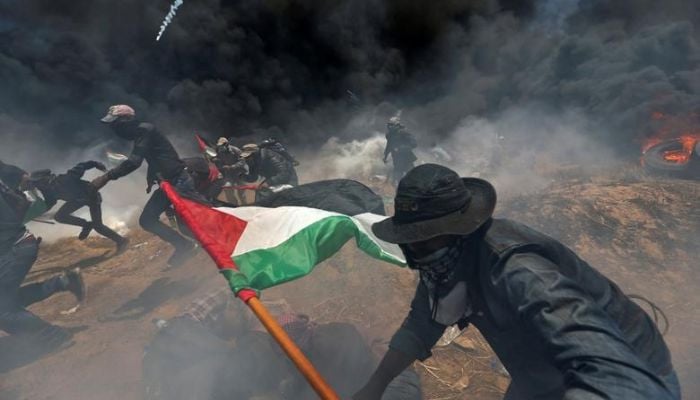 The most significant events in Israel and Palestine this year include conflict, raids, and the murder of one of Palestine’s most respected journalists.

The year was the deadliest for Palestinians in the occupied West Bank since 2006, according to the UN, showing increased use of force by Israel alongside a further rightward tilt in the nation.

Here are four major developments that shaped 2022 for Palestinians.

Shireen Abu Akleh, an experienced journalist for Al Jazeera, was killed by gunfire on May 11 while she was documenting a military attack on the Jenin refugee camp.

Abu Akleh, a 51-year-old Palestinian-American TV reporter for Al Jazeera Arabic, had spent more than 25 years covering Israel’s occupation of the Palestinian lands. Her murder sparked a global uproar and caused shockwaves around the globe.

The reporter was honoured during a three-day funeral procession that witnessed an outpouring of grief and respect as her body was brought from Jenin to Jerusalem.

Israeli troops attacked mourners bringing her corpse in East Jerusalem. Thousands of Palestinians attended the funeral in Jerusalem’s streets against the attempts of Israeli officials.

Israel has been blamed for her death in numerous investigations, and it finally acknowledged in September that there was a “strong chance” that one of its soldiers had murdered Abu Akleh. Israeli officials, however, declined to open a criminal probe.

In December, Al Jazeera officially asked the International Criminal Court (ICC) to look into the matter and bring charges against those responsible for the murder of Abu Akleh.

The expansion of small armed resistance organisations based in the northern cities of Jenin and Nablus was one of the major trends in the West Bank in 2022.

The Lions’ Den, the Balata Brigades, the Tubas Brigades, and the Yabad Brigades were established in 2022. They reject affiliation with any one party or movement.

The groups’ skills are limited, but they have concentrated on fighting Israeli soldiers in reaction to the forces’ almost daily incursions and have also engaged in firing at Israeli military checkpoints. Additionally, they have admitted liability for attacks that resulted in the deaths of Israeli soldiers and settlers.

Israel conducted a military operation called “Break the Wave” in the West Bank, with a focus on the cities of Jenin and Nablus, in response to a series of individual attacks that started in Israel in March.

In addition to Palestinian combatants slain in targeted killings and armed encounters, civilians who confronted the Israeli army during raids and bystanders also died.

According to the Palestinian Ministry of Health, Israeli soldiers killed at least 170 Palestinians in the West Bank and the occupied East Jerusalem in 2022, including more than 30 children. There have also been at least 9,000 injuries.

These killings have outraged Palestinians, most recently on December 12 in Jenin when a 16-year-old was shot dead while standing on the roof of her home. On December 2, an Israeli soldier also killed a 23-year-old Palestinian in broad daylight. The killing was captured on camera which Palestinians called an “execution.”

Observers, diplomats, and rights organisations have voiced “alarm” over Israel’s excessive use of lethal force in the West Bank this year, which has resulted in a high death toll.

This year, settlers have slain at least three Palestinians. Some of these assaults took place as Israeli armed forces looked on.

“Disturbing evidence of Israeli forces frequently facilitating, supporting and participating in settler attacks, makes it difficult to discern between Israeli settler and state violence,” UN officials said in a statement on December 15.

“2022 is the sixth year of the consecutive annual increase in the number of Israeli settler attacks in the occupied West Bank,” the statement continued. “Armed and masked Israeli settlers are attacking Palestinians in their homes, attacking children on their way to school, destroying property and burning olive groves, and terrorising entire communities with complete impunity.”

At least 250 illegal Israeli settlements throughout the West Bank and East Jerusalem are home to between 600,000 and 750,000 Israeli residents.

Banner photo shows Palestinian demonstrators run for cover from Israeli fire and tear gas during a protest against US embassy move to Jerusalem and ahead of the 70th anniversary of Nakba, at the Israel-Gaza border in the southern Gaza Strip, May 14, 2018.— Reuters