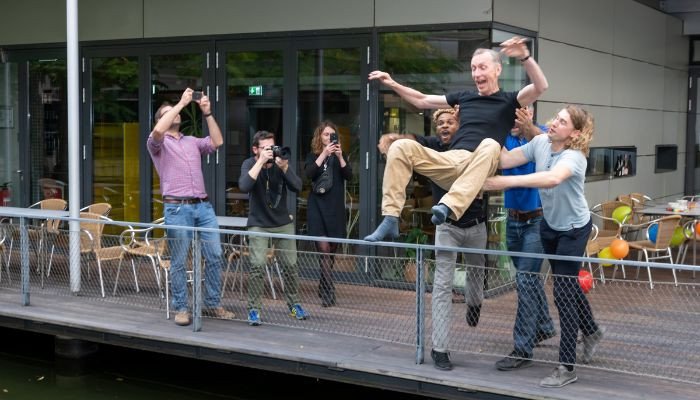 Swedish Scientist Svante Paabo, who won the Nobel Prize in Medicine for his discoveries around the genomes of extinct hominins and human evolution was thrown into a pond by his colleagues as an act of celebration.

The celebrations happened at Germany’s Max Planck Institute where Paabo’s colleagues came to congratulate him on the Nobel award.

“We are totally ecstatic and delighted,” the institute said on Twitter. He was seen bowing in the video.

The greetings would be however incomplete without an age-old tradition of tossing him into the pond for his scientific success.

The official account of The Nobel Prize shared the video, saying “Our new medicine laureate Svante Paabo made a splash when his colleagues threw him into a pond.”

The organisation mentioned that the tradition was normally for when an individual received their PhD.