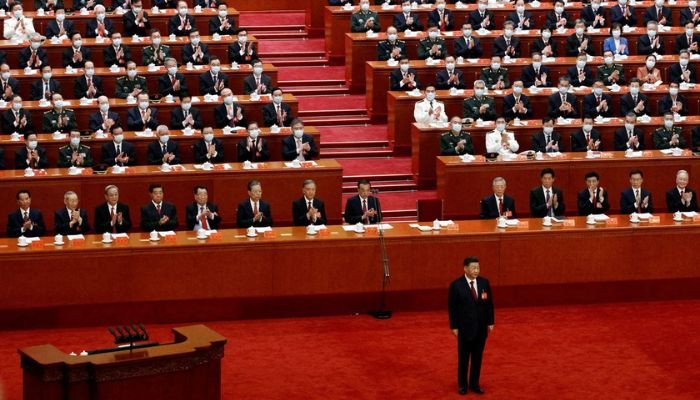 China on Thursday defended its more assertive approach to foreign policy taken under President Xi Jinping and said its diplomats will “dare to fight” despite criticism that its so-called Wolf Warrior stance can backfire on the global stage.

Chinese diplomats in the UK are under scrutiny this week after a Hong Kong protester was seen being dragged into the Chinese consulate in Manchester on Sunday and assaulted in an incident which the police are investigating.

“To dare to fight is the spiritual character of Chinese diplomacy,” China’s vice foreign minister, Ma Zhaoxu, told a news conference in Beijing on Thursday on the sidelines of the ruling Communist Party’s twice-a-decade congress.

“Chinese diplomacy will continue to display fighting spirit, improve our ability to fight, always stand ready at the frontline to protect our national interest and dignity,” he added.

Britain on Tuesday summoned China’s charge d’affaires in London to explain what had happened at the consulate on Sunday, with British Foreign Secretary James Cleverly saying the protest, which involved 30 to 40 people including Hong Kong citizens now resident in Britain, had been peaceful and legal.

China has disputed this and other critical accounts of its diplomats’ actions during events which took place at a demonstration on Sunday against Chinese President Xi Jinping.

Xi is widely expected to secure a precedent-breaking third leadership term at the 20th party congress, which ends this weekend.

China’s consul general in Manchester, Zheng Xiyuan, who has been accused of involvement in the incident, defended his actions, saying the man had been “abusing my country, my leader.”

“It is my duty,” Zheng told Sky News on Wednesday. “I think any diplomats, if faced with such kind of behaviour we should maintain our dignity.”

As relations with the West have soured over issues from human rights to COVID-19, Chinese diplomats have, under Xi, become more assertive on the public stage. Some critics see such stridency as intended for a domestic audience that nonetheless hurts its foreign ties, for example when France’s foreign ministry summoned Chinese ambassador Lu Shaye over repeated insults and threats aimed at French lawmakers and a researcher in March 2021.

A global survey released last month by the Washington-based Pew Research Center found public opinion towards China in the United States and other advanced economies had turned “precipitously more negative” under Xi.