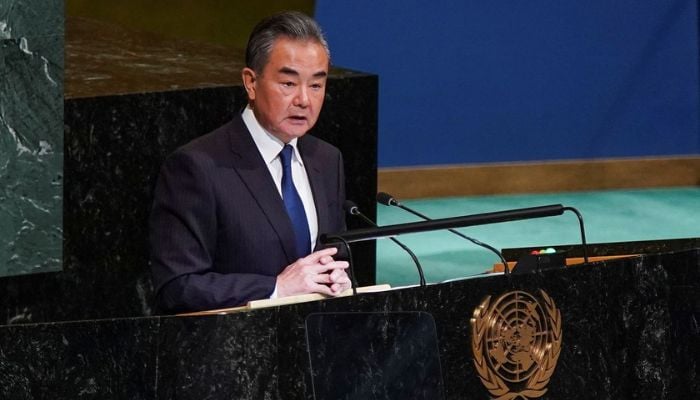 SHANGHAI/TAIPEI: China expressed anger on Saturday at a new US defence authorisation law that boosts military assistance for Taiwan, while Taipei cheered it for helping boost the island’s security.

China, which considers Taiwan its own territory, expressed “strong dissatisfaction and resolute opposition” regarding the US National Defense Authorisation Act, the Chinese Foreign Ministry said in a statement.

It said the $858 billion military spending measure, which authorises up to $10 billion in security assistance and fast-tracked weapons procurement for Taiwan, contained provisions that “cause serious damage to peace and stability in the Taiwan Strait”.

Taiwan’s Defence Ministry expressed its thanks for the US legislation, saying it showed the importance Washington attached to Taiwan-US ties and strengthening the island’s security.

Taipei will discuss the details of the act with Washington and “gradually push forward the budget formulation and actual disbursement of the various Taiwan-friendly provisions”, the ministry said, without elaborating.

The United States is Taiwan’s most important international backer and arms supplier, despite the absence of formal diplomatic ties. US arms sales to Taiwan are a constant irritant in Beijing’s relations with Washington.

Taiwan’s military is dwarfed by that of its huge neighbour China. Its air force in particular has come under strain from having to scramble repeatedly to see off Chinese incursions near the island over the past three years or so.

The defence law contained an amendment restricting US government purchases of products using computer chips made by a group of Chinese companies.

“The case ignores the facts to exaggerate a ‘China threat’, wantonly interferes in China’s internal affairs and attacks and smears the Chinese Communist Party, which are serious political provocations to China,” China’s foreign ministry said.