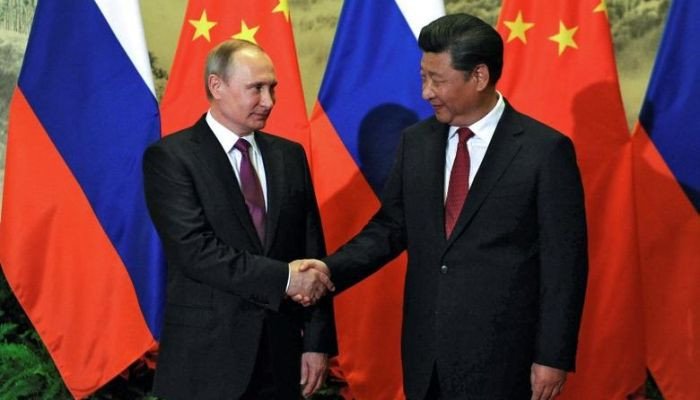 BEIJING: China is willing to shape the international order together with Russia in a “more just and rational direction”, a senior Chinese diplomat said as the two countries’ leaders prepare to meet this week.

Former Cold War allies with a tempestuous relationship, China and Russia have drawn closer in recent years as part of what they call a “no limits” relationship acting as a counterweight to the global dominance of the United States.

“Under the strategic guidance of President Xi Jinping and President (Vladimir) Putin, the relationship between the two countries has always moved forward on the right track,” the Communist Party’s foreign affairs chief Yang Jiechi told Russia’s ambassador to China Andrey Denisov on Monday, according to a foreign ministry readout.

Yang said China was “willing to work with Russia to continuously implement the spirit of high-level strategic cooperation between the two countries, safeguard the common interests of both sides, and promote the development of the international order in a more just and rational direction”, according to the ministry.

Denisov in response praised the “fruitful results” of bilateral relations, the readout said.

Russia has sought to bolster ties with Asian countries, particularly China, since being hit with unprecedented Western sanctions over its invasion of Ukraine.

Heightening tensions between China and the West, Beijing has not condemned Moscow’s interventions in Ukraine and provided diplomatic cover by blasting Western sanctions and arms sales to Kyiv.

Putin and Xi are set to meet in Uzbekistan this week, on the sidelines of a summit of regional countries.

Li on his visit hailed an “unprecedented level” of trust and cooperation between Moscow and Beijing.