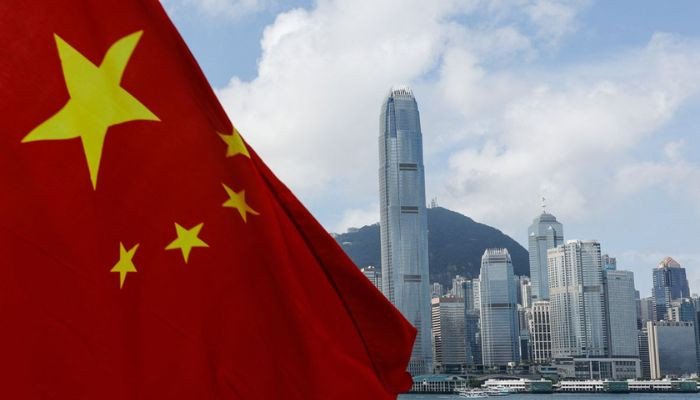 The net outflow from the financial hub since the start of the pandemic stands at more than 200,000 local and foreign residents; more than half of that exodus occurred during the 12 months to the end of June.

As a result, Hong Kong’s mid-year population dipped 1.6% to 7.29 million — the steepest year-on-year drop on record. In contrast, rival banking and investment centre Singapore notched up a 3.4% increase over the same period.

An August survey conducted by the Hong Kong Investment Funds Association, which counts fund managers abrdn and BlackRock as members, showed that two-thirds of respondents found it “difficult” and “extremely difficult” to attract and retain talent for global and regional roles while over half said that they had been adding headcount elsewhere.

The city’s labour force is shrinking, with the 20- to 24-year-old cohort plunging an alarming 15% in the second quarter from a year earlier.

As part of a raft of new policies announced on Wednesday, Lee unveiled a new two-year visa scheme targeting highly paid workers and graduates from the world’s top 100 universities.

Non-residents are also eligible to apply for a refund of the extra stamp duty paid for buying property in Hong Kong once they become a permanent resident. Certain sectors will have more flexibility to hire overseas, and bureaucratic processes like visa renewals will be streamlined.

Those are all nice to have but are just tinkering at the edges. Even as daily life and travel return to normal from Singapore to London, Hong Kongers are still subject to a myriad of rules that even health experts deem to be ineffective.

That includes having to “self-monitor” for three days on arrival — the so-called “O+3” inbound travel arrangement — arbitrary caps of 12 people per table in a restaurant, six in a bar, 240 attendees in a banquet, and 30 in a tour group; indoor and outdoor mask mandates; enforced isolation for positive cases; and mandatory testing to go to schools, bars and other places. Lee may be ignoring them, but the main policy solutions are staring him in the face.