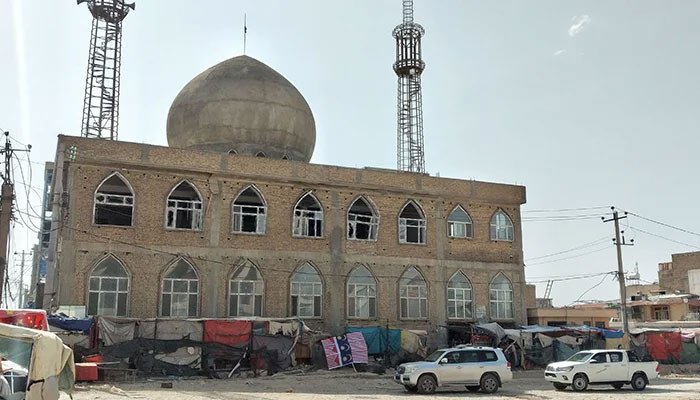 KABUL: A blast hit a mosque in Afghanistan’s capital in the vicinity of the heavily fortified interior ministry compound on Wednesday, officials said, killing at least two people and wounding 18, according to medics.

The government did not immediately say what caused the explosion in Kabul, where militants have carried out a number of attacks in recent months.

Italian NGO aid group Emergency, which runs a hospital in Kabul, said on Twitter it received 20 patients from the blast, two of whom were dead on arrival.

The interior ministry compound is in a secure area next to Kabul international airport.

The ruling Taliban have said they have secured the country since taking over in 2021. But though widespread fighting has ended, a series of blasts have hit urban centres in recent months.

An explosion at an education centre in West Kabul on Friday killed 53 people, most of them young women, according to the United Nations’ Mission to Afghanistan.