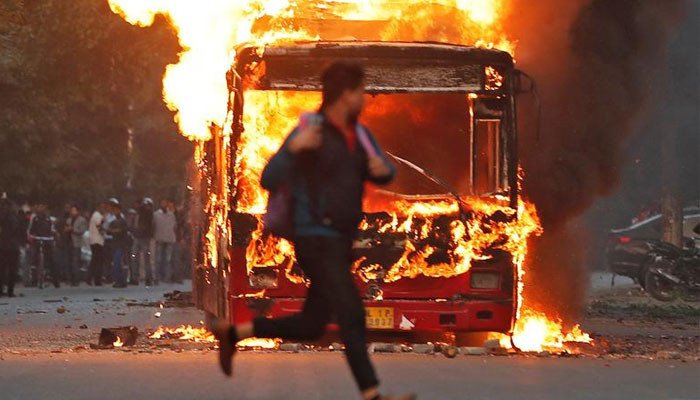 MUMBAI:  At least 12 people died and two were in critical condition after a bus caught fire in Nashik city in India’s western state of Maharashtra on Saturday, a police official told Reuters.

More than 30 injured were being treated at the local Civil Hospital while an investigation into the cause of the accident was underway, said another official at the police control room at Nashik, about 190 km (120 miles) north of India’s financial capital Mumbai.

The bus caught fire after hitting a diesel tanker, according to local media reports. Videos on social media showed the bus engulfed in a massive ball of fire.

“Anguished by the bus tragedy in Nashik. My thoughts are with those who have lost their loved ones in this mishap,” Indian Prime Minister Narendra Modi said on Twitter, adding that families of the deceased would receive 200,000 rupees ($2,400) each, while the injured would get 50,000 each.

“May the injured recover at the earliest. The local administration is providing all possible assistance to those affected,” Modi tweeted.

Maharashtra’s chief minister, Eknath Shinde, separately announced financial support of 500,000 rupees for families of the deceased and said the state would pay for the treatment of the injured.