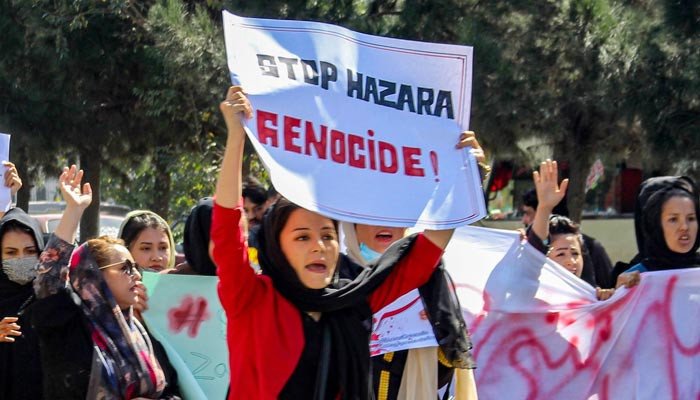 The death toll from a suicide bomb attack on an education centre in the Afghan capital last week has risen to at least 43, the United Nations mission in Afghanistan said on Monday.

A suicide bomber blew himself up next to women at a gender-segregated study hall in a Kabul neighbourhood on Friday, home to the historically oppressed Hazara community.

“Forty three killed. 83 wounded. Girls and young women were the main victims,” the UN mission said in a tweet, adding that casualties were expected to rise further.

The bomber detonated as hundreds of students were sitting a practice test ahead of an entrance exam for university admissions.

No group has so far claimed responsibility, but Daesh has carried out several deadly attacks in the area targeting girls, schools and mosques.

The Taliban authorities have so far said 25 people were killed and 33 others were wounded in the attack.

The Taliban’s return to power in Afghanistan last year brought an end to a two-decade war against the Western-backed government and led to a significant reduction in violence, but security has begun to deteriorate in recent months.

The group, accused of failing to protect minorities, have often tried to downplay attacks challenging their regime.

Friday’s attack triggered sporadic women-led protests in Kabul and some other cities.

The rallies have been dispersed by Taliban forces often firing shots into the air and beating protesters.

They have faced persecution for decades, targeted by the Taliban during their insurgency against the former US-backed government and by Daesh.

In May last year, before the Taliban’s return to power, at least 85 people — mainly girls — were killed and about 300 were wounded when three bombs exploded near their school in Dasht-e-Barchi.

Again, no group claimed responsibility, but a year earlier Daesh claimed a suicide attack on an educational centre in the same area that killed 24.