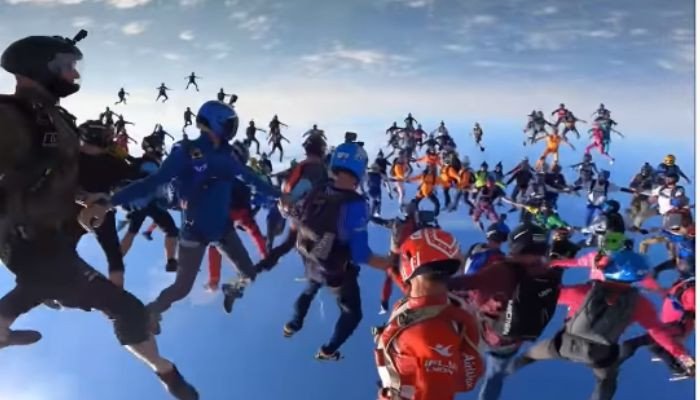 A viral video on Instagram shows 200 skydivers filling up the sky while they hold each other’s hands to break a world record in Chicago.

Shared by Instagram user Karine Joly whose bio says she is a skydiving world champion. Joly also mentions she has four world records.

“D4 Jump 1 First pod on a bridge,” the caption read, tagging other skydivers.

The clip shows hundreds of skydivers swarming the sky wearing diving suits of different colours, holding each other’s hands to create a new record for a 200-way vertical formation.

Since being posted, the video has garnered more than one million likes. Social media users have expressed their support and excitement in the comments.

“All the different style power rangers,” a user wrote.

“Web in the air,” said another.

“I definitely wanna do this,” read the third comment.

“So many angels flying above,” chimed in another.